Florida water view communities are one of the most popular types of master-planned communities in the state.

The state of Florida is located in the southeast United States and is bordered by the Gulf of Mexico to the West, by Alabama and Georgia to the north and by the Atlantic Ocean to the east and by the Straits of Florida to the south.

Florida is the third most populous state in the United States. Jacksonville is the largest city and Tallahassee is the state capital.

A long peninsula that juts out between the Gulf of Mexico, the Atlantic Ocean and the Straits of Florida, Florida has the longest coastline in the lower 48 states. The coastline is approximately 1,350 miles.

Florida is the only state that borders both the Gulf of Mexico and the Atlantic Ocean, creating endless opportunities for oceanfront communities and waterfront homes. The climate varies from subtropical in the north to tropical in the south.

Kiplinger named Florida the No. 10 best state for retirement based on its having no state income tax, no estate tax, no inheritance tax and the winter weather can’t be beat. Florida does have a sales tax of 6%. Besides being popular for vacationers and retirees, Florida is also known for its amusement parks, orange crops and the Kennedy Space Center.

Florida is tops for golf, too. Golf Digest ranks Florida the No. 1 state in the U.S. for golf and, in turn, it is the top state for golf communities. Florida golf communities offer more golf layouts (1,040+) than any other state and the weather is nearly golf-perfect year round. The state hosts four PGA Tour events at public-access courses: PGA National, Innisbrook and Bay Hill which was Arnold Palmer’s home course.

Other sports that enjoy an international reputation in the Sunshine State include tennis, equestrian, auto racing and water sports.

Why It’s the Sunshine State

The climate of the north and central parts of Florida is humid subtropical while south Florida has a tropical savanna climate. A rainy season runs from May through October. Rainfall may often be heavy, but is usually brief.

There is no winter as those in New England experience it. Instead, there is a dry season that begins in October goes until late April. Winter is usually dry and sunny. North Florida may suffer a small bit of snow or sleet a couple of times each decade.

One of the secrets to Florida’s good weather is the Gulf Stream which runs through the Florida Straits and then turns north off the Florida East Coast. The warmth of the Gulf Stream keeps temperatures moderate a few miles inland–from around Stuart on the east coast to Ft. Myers on the west side–year round, with few extremes in temperature, making Florida water view communities–and the state itself–popular with retirees and winter vacationers. 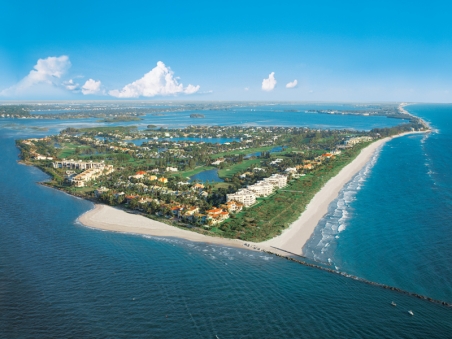 Sailfish Point is a 532-acre private sea island community in Stuart, FL It is surrounded by ocean and inlets, with a Jack Nicklaus Signature golf course, a clubhouse, spa and tennis, and offers waterfront homes and real estate from $475,000.
View Community »

Hammock Beach is an award-winning golf and oceanfront community located along a sparkling, two-mile stretch of Florida's famed Palm Coast. Set against the Intercoastal Waterway, it offers two renowned golf courses, world-class amenities and 11 distinct neighborhoods from which to enjoy it all.
View Community »

Grand Haven is one of Florida's Palm Coast premier, gated, club communities. Featuring 1,400 acres and 19 villages, the community is known for having one of the most breathtaking settings on the Intracoastal Waterway--a joy for boaters. The results is a seamless blend of intertwining neighborhoods, natural preserves and inspiring golf vistas.
View Community » 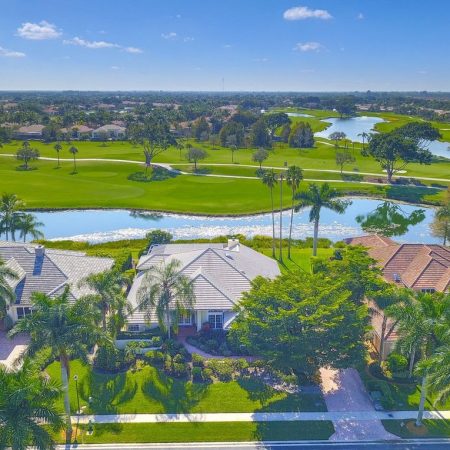 Tweets by GolfCourseHome
Scroll to top