South Carolina is located in the southeastern United States and is bordered by North Carolina to the north, by Georgia across the Savannah River to the south and west and by the Atlantic Ocean to the east.

South Carolina has one of the lowest per capita tax rates in the country, according to the U.S. Bureau of the Census. That fact that has put the Palmetto State in, or close to, Kiplinger’s rankings of the Top 10 Best States for retirees on a regular basis.

At age 65, the deduction increases to a maximum of $15,000 on any source of income. Each spouse receiving income from a qualified retirement plan may claim the retirement deduction.

South Carolina has a humid subtropical climate, although high-elevation areas in the upstate area are cooler. In summer South Carolina is hot and humid, with daytime temperatures averaging between 86 – 93 °F in most of the state. Overnight lows average 70 – 75 °F on the coast and from 66 – 73 °F inland.

Coastal areas of the state have very mild winters, with high temperatures averaging around 60 °F with overnight lows in the 40s °F. For this reason, you will find many highly regarded, world-class South Carolina golf communities located there.

Inland, the average January overnight low is around 32 °F while temperatures will go below freezing in the upstate area. 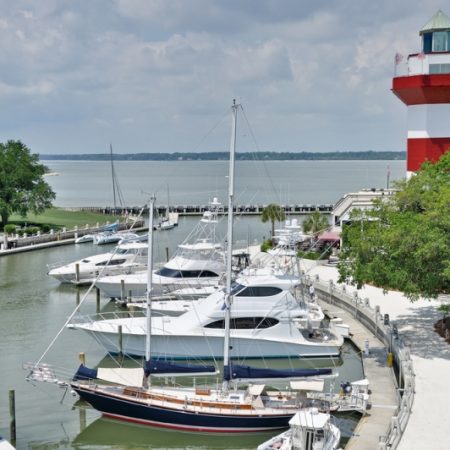 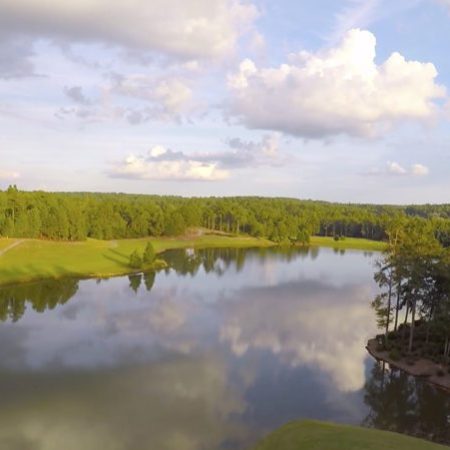 Enjoy the Hilton Head island waterfront lifestyle at Windmill Harbour, home of the South Carolina Yacht Club, where you can swim, play tennis and have easy access to Calibogue Sound and the Atlantic. Enjoy great golf nearby on Hilton Head Island's myriad number of championship layouts.
View Community »

Haig Point Club is a serene and nature-loving golf, equestrian and waterfront community set on the sea island of Daufuskie Island, located just off the South Carolina coast between Hilton Head and Savannah, GA. Daufuskie is accessible only by a private ferry system originating from Hilton Head, creating the ultimate private getaway.
View Community »

Tweets by GolfCourseHome
Scroll to top